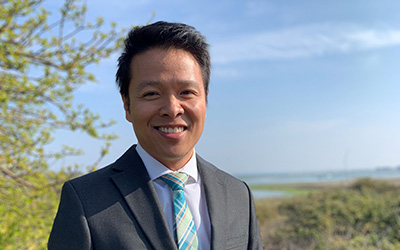 Thames Valley Police has a number of very active staff support networks; including faith-based groups, the Thames Valley Women’s Network and a recently launched Men’s Forum. These important peer-support groups act as a critical friend to the organisation; championing improvements to policies and practice that improve the working lives of those within the force and offer a way to build networks, share common experiences, concerns and develop solutions.

One of our most active networks is SAME or the Support Association for Minority Ethnic staff; we caught up with newly elected Chair DI Quoc Vo and Deputy Chair DC Zoe Luno to find out more about them and their vision for the group moving forward.

What brought you both into policing?

Quoc: I understand why some communities lack trust and confidence in the police. I was born in Vietnam; culturally the people there don’t trust the police due to negative experiences. My family initially encouraged me to pursue a different career, but after studying finance, I decided that it didn’t truly complement my personality – I was drawn to giving back and really making a difference and felt the best place to do that was with the police. Over time and with persistence I changed my family’s view and have even inspired my brother to join policing.

Zoe: I am a British born officer with a mixed Asian heritage. I have Chinese grandparents who grew up in India and Guana and Danish grandparents. When I was eight my Chinese grandparents were burgled and sadly didn’t get the best service from the police. The Chinese culture can be very private and officers dealing with the incident didn’t really appreciate how much that invasion of privacy affected them. From that early age, I was compelled to influence change and make sure that didn’t happen to anyone else. I am mindful that I could go to a burglary and it could be that family’s first experience of the police, so I am aware that that first contact leaves a lasting impression.

Are your careers living up to expectations?

Quoc: Absolutely, I have 14 years’ service and have been able to do so much in both uniform and investigative roles. The career path is structured but offers a wide variety of opportunities and I have been able to take advantage of development programmes along the way. Ultimately, though, for me finishing each day knowing you have helped someone in some way is extremely motivating. 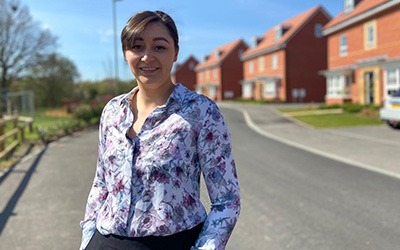 Zoe: Yes, I am eight years into my career having initially joined as a Special Constable in 2011, then as a regular Police Constable in 2013. I have worked on Response and Neighbourhood teams, but am now pursuing an investigative career. I love the fact every day is different, the value of making a difference and the broad skill set you develop; from risk assessment and decision-making to leading a team. It’s so vast.

Quoc: Ethnic minority representation within the police remains very low when compared against the population. There has barely been an increase over the past decade in terms of the numbers of Black Police Officer numbers. Across other ethnicities, representation is not where it should be either. Networks like SAME ensure a continued commitment to change this by carefully balancing providing support for individuals and the need to act as a critical friend to the organisation when needed.

Zoe: SAME is important for many reasons but for me it’s important that people see the value in their differences and what they can bring to the police force.

What is the purpose of SAME?

Quoc: To nurture and encourage an inclusive work culture. To support our members and promote equal opportunities for all. To build confidence within our members in order to retain them, develop them and to help them reach their potential. To advise on policy implementation to ensure policies are well considered, policies that ensure community cohesion both within and externally.

Zoe: For me the purpose of SAME is to support both officers and staff, influence change where it is needed and be a strong voice for our members.

How have you benefited as a member?

Quoc: I have been given support, encouragement and the confidence to believe it’s ok to aim higher.

Zoe: SAME has benefitted me in many ways. I have taken opportunities I wouldn’t have necessarily been made aware of, development for all officers and staff has improved, and I have a great support network across the force.

Why did you want to get involved leading SAME?

Quoc: Working as a Police Officer has given me the skills to adjust my communication style across all levels of the organisation and with external partners plus helped improve my ability to negotiate and influence. I am passionate about people and I felt the time was right to use those skills in a slightly different way – dedicating myself in leading the SAME team, together with our Executive Committee, helping to highlight relevant issues and push for change and improvement for colleagues across the force.

Zoe: I have been involved with SAME as a member since 2014 and the time felt right to extend my involvement. TVP is a really forward-thinking force but there is always more improvement to be made. I have been involved coaching others but wanted another way to bring out the potential in others and opening up people’s mind-set to their own development.

What is your vision for the network?

Quoc: We are about promoting and nurturing a work environment where there are no division or barriers because of someone’s ethnicity. For SAME’s mission to be everyone’s mission, we need to be seen and heard so that it is at the forefront of everyone’s minds. To that end, we must be an example by striving to be inclusive and work together to ensure equal opportunities for everyone. Sustainable generational change does not happen overnight. Success for me is the day when I leave SAME or policing knowing that I leave it in a better position for those coming behind me. I am optimistic about the future of policing and look forward to continuing to contribute positively through these uncertain times.

Zoe: Despite only having eight years’ experience, I feel I have a voice in TVP and can help influence further positive change; ensuring people feel supported, where action is taken for development and career opportunities and where myths are busted. Working together, we will bring change.

Have you felt inspired to find out more about a policing career with TVP? Thames Valley Police’s Positive Action & Engagement Team (PAET) invites those from a Black, Asian or Minority-Ethnic background to attend our online Careers Discovery Event – come along and find out more about what a career in policing can offer.